Following a letter sent by Anneliese Dodds, Member of European Parliament, the European Commission (EC) appears to be considering to open a new antitrust case against the owners of the FIA Formula One World Championship (F1), which, by some accounts, represents the second biggest sports business in the world. Dodds, representing a constituency from South England, the home of several Grand Prix teams and related technology companies, specifically raises two interrelated concerns: (i) a violation of a former settlement between F1 organizers and the EC’s competition division by re-mixing regulatory authority and commercial rights through the FÃ©dÃ©ration Internationale l’Automobile (FIA) and (ii) an unfair treatment of smaller teams by excluding them from regulatory decision procedures and by a grossly uneven distribution of revenues among teams. These two concerns, however, do not only point to a violation of the former settlement, they also reveal a major flaw in the 2001 agreement. Instead of restoring competition, the EU may just have leveraged market power away from the FIA and towards the commercial rights holder.

In 1999 the EC formally opened proceedings against the FIA because it was abusing its dominant position as the principal world authority on motor racing championships in order to deter any rival competitions from its own premium championships (in particular F1). The EC identified, inter alia, the intermixture of FIA’s role as a regulatory authority with its own business interests as the commercial rights holder of its premium racing series. While the dominant position of a market-internal regulatory authority is accepted by the EC as a special characteristic of professional sports – the necessity of centrally setting and enforcing common rules for any sports competition, league of championship – the EC’s concern was with the effects of this powerful position on the commercial side of the business, in particular the exploitation of media rights. Consequently, the EC was adamant to achieve a separation of powers and settled the case in 2001 after the FIA agreed to sell all commercial rights to F1. This separation of regulatory and commercial functions was implemented by FIA reportedly selling the exclusive license to exploiting the commercial rights of F1 to a private company called Delta Topco for a 100 years period (2010-2110) in exchange for a one-off fixed fee of US$ 313.6 million. Nowadays, the major shareholder of F1’s commercial rights holder (CRH) is the private equity company CVC. After a monitoring period, the EC concluded in 2003 that the separation had been successful and competition restored in worldwide commercial motor racing.

Breach of the Settlement?

The case re-surfaces, however, because in 2014, the FIA became a 1 per cent shareholder of the CRH (Delta Topco). The question is whether this violates the 2001-separation settlement. On the one hand, this can be viewed as an attempt of FIA to regain influence on the commercial side of F1 and, thus, a re-combination of the separated roles as regulator and promoter. On the other hand, it may be questioned how much influence a 1-per-cent minority stake may create.

However, in the period of time since 2001, the concern of an abuse of commercial power has sort of shifted away from the FIA to the CRH. If reports are correct that F1 creates annual profits from media revenues in excess of 1000 million US$, the 100 year exclusive license for the one-off fee of little more than US$ 300 million appears to be a bargain. Furthermore, it hands the 100-year-exclusive CRH a powerful position vis-Ã -vis the participants of F1 (teams, circuit owners, suppliers, etc.) – and keep in mind that the CRH belongs to a profit-oriented, private equity-owned business company and not to a sporting authority which is at least formally committed to the common welfare of the sport. Consequently, Dodds letter is questioning whether the CRH is now de facto obtaining regulatory power from FIA in exchange for letting it participate in the revenues, so that the separation of power is eroded –not back into the hands of FIA but instead into the hands of Delta Topco/CVC. Additional anticompetitive concerns – not mentioned by Dodds – could address the allocation of revenues between CVC (and the other shareholders) and F1’s teams as well as excessive pricing of circuit owners. CVC is said to keep a significantly higher share (up to 50 per cent of the profits in some years) than, for instance, promoters of European football do. Circuit owners are required to pay immense and ever-increasing fees to get a slot on F1’s limited race calendar, which may be viewed as reaping monopoly rents from auctioning an artificially limited good. Moreover, it is often taxpayer money that subsidizes these fees. While these concerns would warrant – and deserve! – a thorough competition analysis before any anticompetitive conduct or arrangement can be concluded, it does become clear that the 100-year de facto monopoly on exploiting the commercial rights of F1 does not exactly look like a competitive situation. This is even more so, since competitive pressure from rival series does not exist (and, from a sporting point of view may actually not be desirable) and competitive pressure from other sports may be rather imperfect.

In her letter, Dodds specifically points to a possible anticompetitive treatment of the smaller teams. She refers to the so-called Strategy Group (SG), in which changes in the technical and sporting regulations of F1 are de facto agreed upon. According to reports, the SG consists of three groups with equal votes: the six “˜top’ teams of F1 – defined as 5 permanent members (Ferrari, Mercedes, Red Bull Racing, McLaren, and Williams) irrespective of recent performance and the best-of-the-rest team – the CRH (represented by Bernie Ecclestone) and the FIA. Next to demonstrating the regulatory influence of the CRH, it implies that some competitors in F1 have an influence on rule changes, while others have not – not exactly representing a level-playing field, in particular in a highly technical sport where technical regulations massively influence the relative competitiveness of the teams. Furthermore, this asymmetry of power is also reflected in the allocation of profits from media rights among the teams. First, it follows a strongly performance-oriented system allocating most of the money to the top performers (reportedly from almost 20 per cent to the constructor’s champion down to less than 5 per cent to the 10th team) and apparently excluding teams that finish outside the top ten constructors as well as resulting in the virtual exclusion of new entries during their first three competition years. Second, some of the long established top teams receive performance-independent extra money, so-called heritage-bonuses, which – ironically – were individually negotiated between the CRH and the respective teams at a time when the teams threatened to form a rival series to F1. Accidentally, the breakaway plans disappeared soon after – so much to the restored competition in this regard. Again, the allocation of media revenues may be viewed to conserve the competitive advantage of the incumbents and anticompetitively disadvantage smaller outfits and new competitors.

The current initiative to bring back F1 on the competition policy agenda of the EU does not mark the first incident since 2001. In between, there has been a complaint against the entry selection process by FIA. For the season 2010, the FIA attempted to fill void team slots in F1 some of which had been vacated for several years. One of the potential new teams that lost out in the selection process filed a complaint arguing that FIA’s selection process had been nontransparent and biased. However, nothing came out of that. Ironically, all the new teams that had been selected back than have disappeared in the meantime, with the insolvencies of Caterham and Marussia during the 2014 season being the last cases in question. Furthermore, selection processes to appoint exclusive suppliers for specific parts (for instance, tyres) have been subject to antitrust controversy.

In summary, a fresh look into the (anti-) competitive structures of F1 appears to be beneficial and necessary. While designed with the best intentions in mind, the real development has exhibited major flaws in the 2001 settlement that has basically shifted the market power away from the FIA and towards the CRH – but not closed the abuse potential. In particular, the 100-year contract as well as entry and rule-making participation regulations require a closer look.

Budzinski, Oliver & Szymanski, Stefan (2014), Are Restrictions of Competition by Sports Associations Horizontal or Vertical in Nature?, forthcoming in: Journal of Competition Law & Economics, 2015. 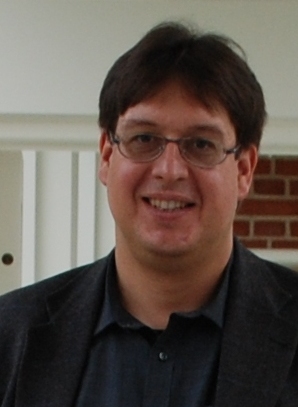